In 2019, the Moab City Council approved the Moab Parking Management Study to provide guidance when addressing certain parking concerns within the City. These concerns include the availability of sufficient parking in the Downtown Area, relocation of parking necessitated by the upcoming U.S. 191 widening project, the safety of all vehicles including bicycles, and addressing the large number of oversized and trailered vehicles.

The City of Moab installed back-in angle parking along 100 South, west of Main Street, as a part of the 100 West Infrastructure Improvements Project. This pilot project, located just off of Main Street, includes 15 back-in angle parking spaces. The change will greatly improve safety and visibility for drivers, as well as for pedestrians and bicyclists.

What is Back-in Angle Parking?

Back-in angle parking is a traffic engineering technique intended to improve the safety of on-street parking. It is sometimes referred to as reverse-angle or reverse-diagonal parking. The basic concept is similar to standard 45-degree parking, but instead of pulling forward into a space, drivers back into the angled stall.

How does back-in angle parking work? 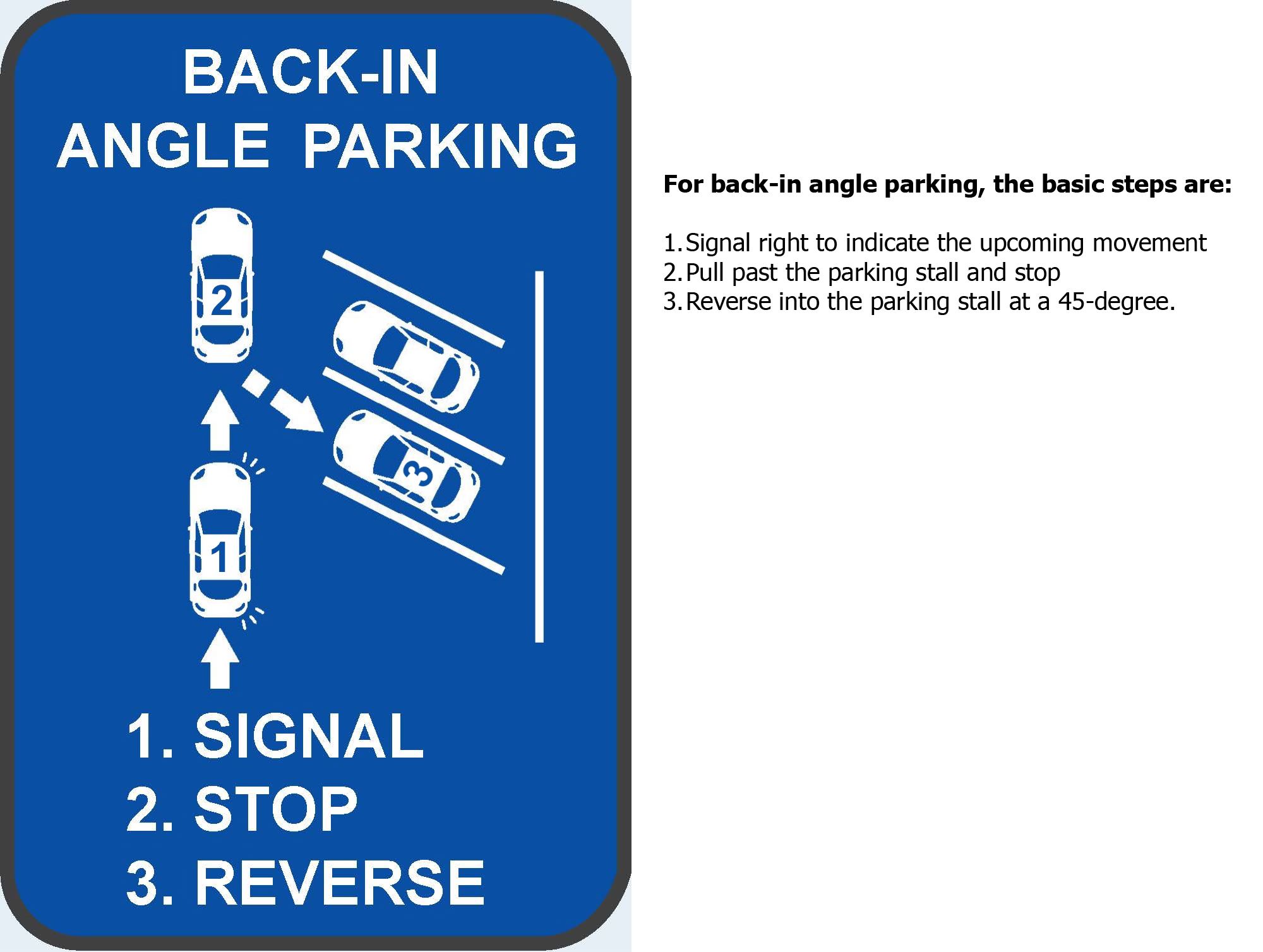 Back-in angle parking has multiple safety and operational benefits for all road users, such as:

See a map of cities with back-in angle parking.

Parking is available throughout downtown Moab along most city streets. For the convenience of residents and visitors alike, the City of Moab also provides a free public parking lot located just off Main Street on West Center Street. The public parking is in the heart of downtown, close to restaurants, shopping, art galleries and other amenities. 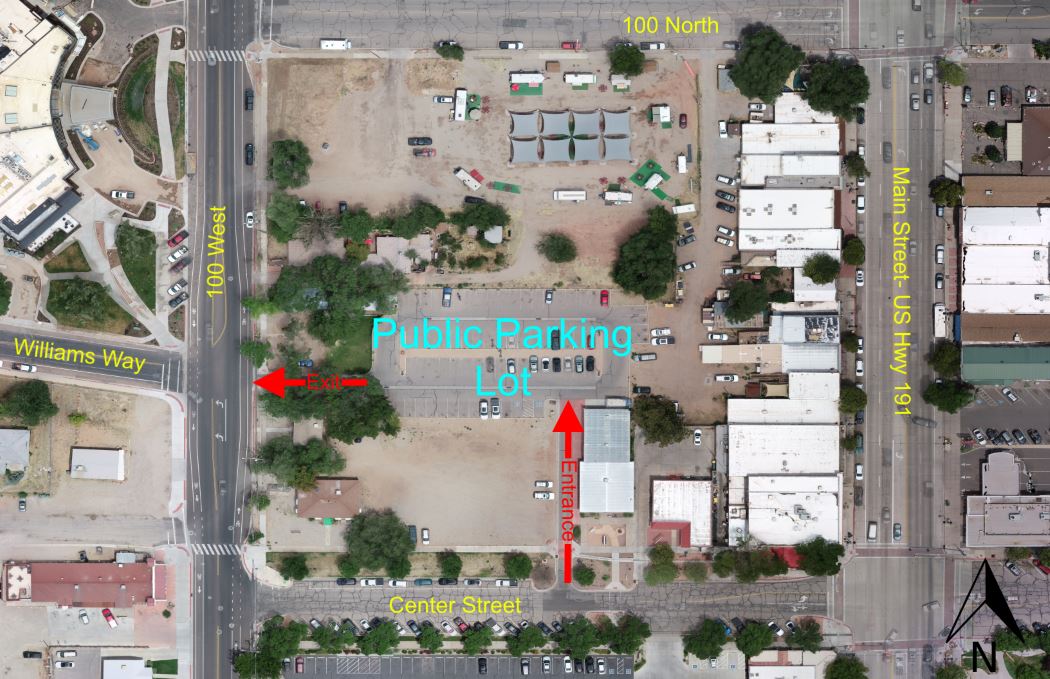