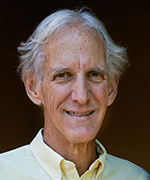 Mike Duncan was elected on November 7, 2017 to a four-year term on the Moab City Council.

Mike is a retired engineer who ran for city council because he needed a "project" rather than hanging around the house all day reading newspapers or whacking deer with a BB gun to keep 'em out of the garden. He tutors math, plays several musical instruments, writes songs, short stories, humor and strange Christmas letters widely loved and hated. Against all good sense, he's gotten into mountain biking at age 70 and has yet to break any bones.

He's perhaps better known by his better half Bonnie who, statistics over the years have shown with 99% confidence, significantly reduces his rate of saying or doing stupid things. He figures he'll get plenty of calls and letters during his term to that effect, but says that's what "serving the residents" is all about.