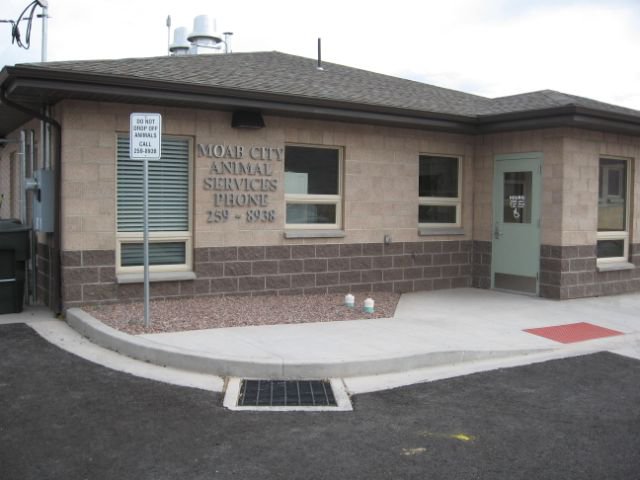 In August of 2007, the City of Moab opened the doors to the City of Moab Animal Shelter. The facility houses the animals that are impounded by Animal Control until claimed by an owner, or potentially adopted out.

The Shelter consists of a kennel area, cattery, separate cat and dog isolation rooms, grooming room and an exam room, as well as kitchen and laundry areas.

The kennel area includes ten kennels with outdoor access. Most of the time, the dogs can be seen in the outdoor play areas.

The Cattery features kitty condos, a type of enclosure allowing the cat to pass through spaces in the top, or sides as allowed for more space as it is available.